A news story on the sale of Bob Hope’s 50 million dollar home, complete with stargazing dome and profile-shaped pool, disgorged any number of comments suggesting that Hope should have given that money to the poor. Or more broadly to ‘the people’. 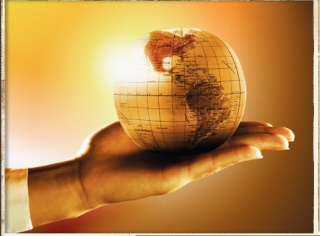 Hope no doubt gave plenty of charity while among the living. And the act of giving charity is not really so different. There is an organization with a CEO and an office staff that is tasked with performing the charitable function. A percentage of the money reaches ‘the people’ who each receive less than the workers who worked on the Hope homestead. That is assuming they even receive money. Usually they receive some form of services, necessary or unnecessary, provided by the non-profit charity distributors.

There is a great deal of noise over the compensation packages for CEOs. Much of that noise is justified. The modern American corporation is a disaster suffering from the same short term thinking as every other institution. But very little complaint is made about the compensation packages for non-profit CEOs. And nothing is said about about the huge fortunes piled up by for-profit companies that run on government grants while working toward some noble cause such as Green Energy or distributing foreign aid from our government to the Third World.

The compensation package isn’t the issue. It’s the moral value of the work. The man who planned out Bob Hope’s profile-shaped pool or sold the tickets for the movie that paid for it wasn’t doing work of any value. But the man who got Bob Hope to sign over a check for a charity for feeding orphans somewhere east or south of there was doing work of moral value. Both groups of men were working to feed families. But one group was working to make the world a better place. And the other group was making swimming pools.

That’s the way of thinking that currently governs the debate over the value of wealth and work.

A twenty-something Barnard grad with six figures of student debt making copies in the office of an environmental non-profit while wasting a fortune in education and ability is doing something of moral worth. But the man who dry cleans her office clothes isn’t. The television producer who oversees infotainment on CNN is doing work of moral worth. The one who oversees a sitcom on CBS isn’t.

But the reformers descend on the for-profit college, while completely ignoring the non-profit college, despite its under-the-table arrangement with a financial services group to saddle students with debt from the money they walk in the door while boosting the compensation of the administrators, because non-profit thieves hate competition.